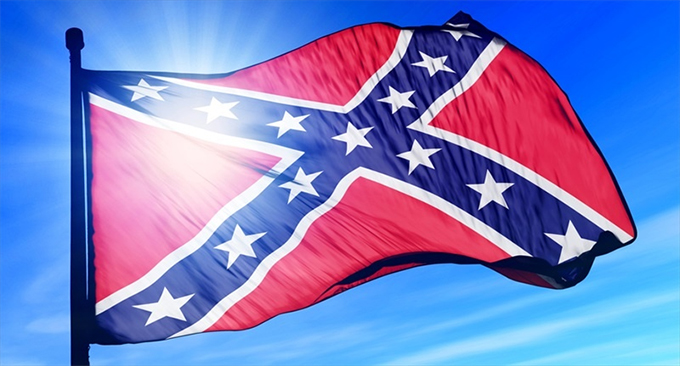 A Confederate flag incident at West Port High School last week turned into threats of violence at the school on social media over the weekend, prompting school officials to beef up security Monday.

WFTV reports three students brought in small Confederate flags to the Ocala, Florida, school and waived them during lunch, which offended several black students. The Ocala Star Banner described the three white students–two boys and one girl–as “taunting” other students with the flags.

At one point, the mini flag waving students sparked a confrontation with a black female student, who punched one of her classmates. That student was issued a citation to appear in court, while the other flag waiving students “are being dealt with swiftly and harshly,” the Banner reports.

The flags also apparently instigated a black student rally in the school cafeteria, with black students shouting “black power” in videos that were recorded and later posted online, according to the news site.

The videos and subsequent comments devolved over the weekend into some sort of threat of a school shooting Monday, though the exact nature of the threat is unclear. The incident and threats convinced school officials to call for backup, and 10 police officers patrolled the school Monday. Many parents, meanwhile, opted to keep their kids home because of the threats, WFTV reports.

“This past Thursday, my daughter phoned me from school during lunch while this incident was taking place. She was extremely upset and begged me to pick her up, telling me please don’t let her die there!” parent Michelle Brown posted to Facebook.