The Ultimate JFK Secret: Who is REALLY Buried In Arlington?

"The killing of Officer Tippit is the Rosetta Stone of the JFK assassination"
~Wesley J. Leibeler, Warren Commission counsel 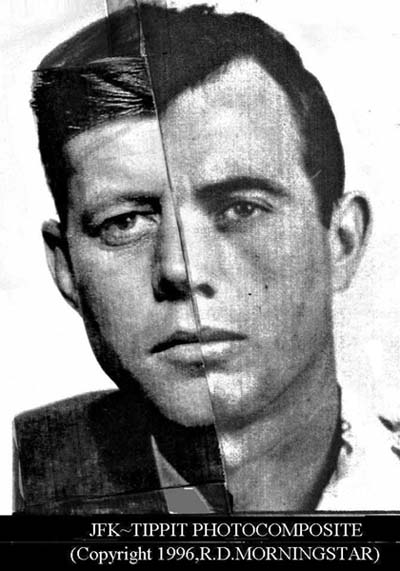 THE KEY TO THE GRAIL MYSTERY:

On June 26th, 1992, in Chicago, I was invited by Mr. Douglas Carlson to address a closed session of Kennedy assassination researchers at the Third Decade JFK Symposium on my discovery within the Zapruder Film several alterations which employed what I have dubbed "Gestalt Editing Techniques". I also reported the discovery visible condensation trails in Frame Z-295.

The discovery of this condensation trail by this writer in New York City and independently by researcher Roy Schaeffer in Dayton, Ohio in 1992, proves conclusively the presence of a shooter high on the Criminal Courts Building.

It was while preparing for the Chicago lecture that one of my research associates asked me, "Robert, where was J. D. Tippit shot?"

"In the left eye, I believe..." I replied, for that was the story I’d read in the New York Times many years before. "But", I added, qualifying my reply, "let me make sure." At that moment, Jim Bishop’s "The Day Kennedy Was Shot" was on my desk at arms length, and I read the section on the death of Officer J. D. Tippit.

J. D. Tippit was the Dallas policeman murdered on November 22, 1963, 45 minutes after the shooting of JFK. Tippit’s murder was immediately pinned on Lee Harvey Oswald.

Tippit’s killing has always been pictured as a chance encounter in the Oak Dale District between an alert, cruising (hero) policeman and a "suspect" in the shooting of JFK based on the APB (all points bulletin) put out minutes before by the Dallas Police Department. His assassination has always been pictured as a random killing forced by circumstances on the fleeing Oswald. I recalled that he had been buried the following day (November 23rd) in a sealed casket because his wound had purportedly disfigured his face. Tippit’s body disappeared from 10th and Patton that afternoon (1:15 p.m. November 22nd), was processed through two hospitals within 2 hours, and was never seen again by kith or kin. I remember his funeral shown on CBS, a light bronze coffin was laid to rest surrounded by many mourners, Mrs. Tippit, their 3 children and waves of weeping policemen.

In Jim Bishop’s account, much to our amazement, besides being shot in the torso several times, Tippit as was described as having been shot the right temple, specifically the right temporal area, the very same region of the head where the fatal shot passed through President Kennedy.

I was stunned. My mind boggled at the thought that this might be a mere coincidence--that the man accused of killing both Tippit and JFK could shoot 2 people within 45 minutes of each other, within 4 miles of each other, one with a rifle from a high building and one with a handgun at short range (on the run), and inflict exactly the same type wound. I resolved to inquire about this of experts in Chicago.

I had already read of some unusual medical discrepancies between photos and x-rays of the President in several books, which I recommend highly. These included Harrison Edward Livingstone’s "High Treason II" and David Lifton’s "Best Evidence", others are mentioned in the body of this report. His report uses the lexicon employed by Livingstone in "High Treason II" in the autopsy photo analysis in acknowledgement of Mr. Livingstone’s great Contribuyions to the JFK medical debate.

At the Third Decade conference, at a panel of the country’s foremost experts on the Kennedy assassination, I inquired whether anyone there had ever considered the possibility that we might be seeing rear view photos and X-rays of Tippit substituted for those of JFK, based on the amazing similarity of the temporal head wound in both victims. Some cynics laughed in the audience but from the podium, the moderator, George Michael Evica, author of "...And We Are All Mortal", responded with a most unusual answer:

"It’s interesting that you should ask this question because...I’ve studied Tippit, and when I went down to Dallas I found out that Tippit bore a remarkable resemblance to President Kennedy, so much so that HIS FRIENDS IN THE DALLAS POLICE DEPARTMENT USED TO RIB HIM AND CALL HIM ’JACK’ AND ’JFK’". (emphasis mine)

I then inquired whether anyone had ever seen any pictures of Tippit other than the one I had dubbed "The Tippit-Elvis Picture," which showed him in a cowboy shirt, head slightly tilted, hair slicked back, appearing to be about 26-28 years of age. To my knowledge, it was the only one that had been published since his death. I also inquired whether anyone there had ever seen Tippit’s autopsy report or knew his personal history. Later, Dan Du Pont, a researcher from North Hollywood, CA, approached me to discuss my inquiry. He promised to send me a copy of Tippit’s autopsy report to assist in my research.

THE REAL SECRET OF THE TIPPIT MURDER 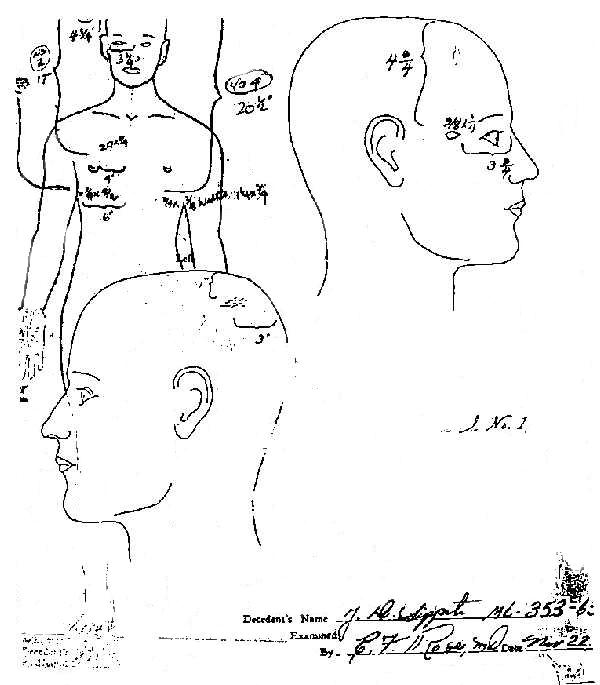 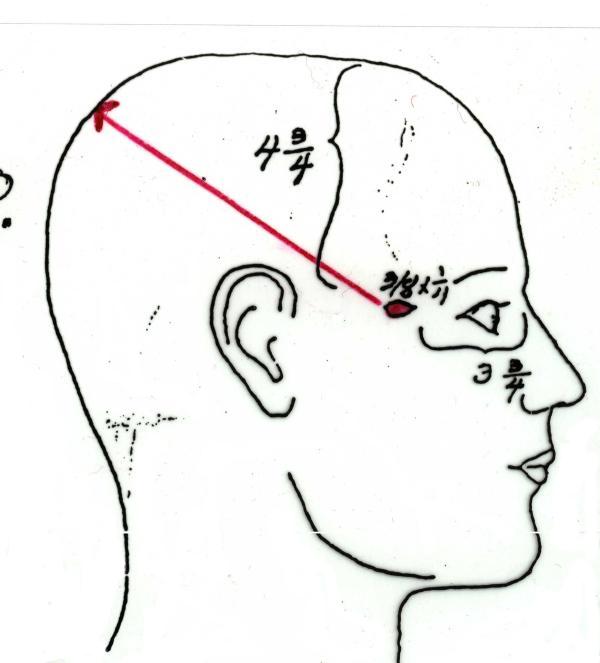 Dr. Rose’s description of the path taken by the bullet through Tippit’s brain approximates the trajectory described by the Warren Commission and House Select Committee on Assassination reports of the bullet’s path through the late President’s brain.

In the enlargement below, the red arrow depicts the path followed by the missile as described by the autopsy team.

This further correlation with JFK’s head wound indicated that we had uncovered a very significant omission of the Warren Commission Report.