The Marketing Industry, Teenagers & Sacred Symbolism in the Media

Feb 20, 2007
Michael Tsarion joins us for an exclusive interview on the theme of Subversive Use of Sacred Symbolism in the Media. We begin talking about Douglas Rushkoff's PBS documentary “The Merchants of Cool". Michael dissects some pieces of the documentary and talk about certain omissions. We talk about the incredible amount of time, money and research that goes into studying the biggest market "resource" out there today: the teenager. We talk about "guilt money", the mentality of marketers, the “Medes” and the merchants. Michael addresses the connection between psychology and advertising. We discuss "the Mook", Oppositional Defiance Disorder (ODD) and how the true rebels in society is being milked and used by the marketing industry. We end on talking about the "suicide cult" and the sacrifice of Jim Morrison, Curt Cobain and Jimmie Hendrix.

michaeltsarion.com
The History of the Medes 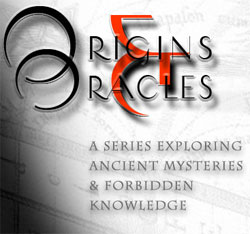