At least 35 small pyramids, along with graves, have been discovered clustered closely together at a site called Sedeinga in Sudan.

Discovered between 2009 and 2012, researchers are surprised at how densely the pyramids are concentrated. In one field season alone, in 2011, the research team discovered 13 pyramids packed into roughly 5,381 square feet (500 square meters), or slightly larger than an NBA basketball court. 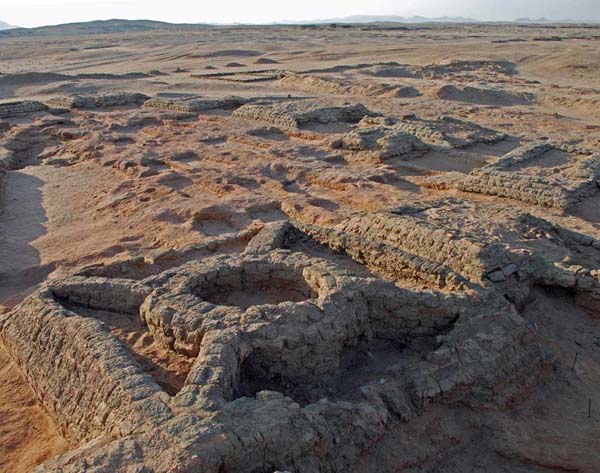 Among the discoveries are pyramids with a circle built inside them, cross-braces connecting the circle to the corners of the pyramid. Outside of Sedeinga only one pyramid is known to have been built in this way.
They date back around 2,000 years to a time when a kingdom named Kush flourished in Sudan. Kush shared a border with Egypt and, later on, the Roman Empire. The desire of the kingdom’s people to build pyramids was apparently influenced by Egyptian funerary architecture.

At Sedeinga, researchers say, pyramid building continued for centuries. "The density of the pyramids is huge," said researcher Vincent Francigny, a research associate with the American Museum of Natural History in New York, in an interview with LiveScience. "Because it lasted for hundreds of years they built more, more, more pyramids and after centuries they started to fill all the spaces that were still available in the necropolis." 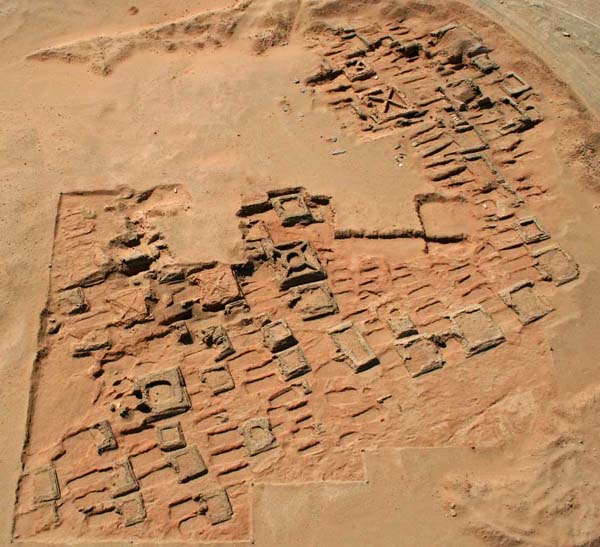 This aerial photo shows a series of pyramids and graves that a team of archaeologists has been exploring at Sedeinga in Sudan. Since 2009 they have discovered at least 35 small pyramids at the site, the largest being 22 feet (7 meters) in width.
The biggest pyramids they discovered are about 22 feet (7 meters) wide at their base with the smallest example, likely constructed for the burial of a child, being only 30 inches (750 millimeters) long. The tops of the pyramids are not attached, as the passage of time and the presence of a camel caravan route resulted in damage to the monuments. Francigny said that the tops would have been decorated with a capstone depicting either a bird or a lotus flower on top of a solar orb.

The building continued until, eventually, they ran out of room to build pyramids. "They reached a point where it was so filled with people and graves that they had to reuse the oldest one," Francigny said.

Francigny is excavation director of the French Archaeological Mission to Sedeinga, the team that made the discoveries. He and team leader Claude Rilly published an article detailing the results of their 2011 field season in the most recent edition of the journal Sudan and Nubia.

Among the discoveries were several pyramids designed with an inner cupola (circular structure) connected to the pyramid corners through cross-braces. Rilly and Francigny noted in their paper that the pyramid design resembles a "French Formal Garden."

Only one pyramid, outside of Sedeinga, is known to have been constructed this way, and it’s a mystery why the people of Sedeinga were fond of the design. It "did not add either to the solidity or to the external aspect [appearance] of the monument," Rilly and Francigny write.

A discovery made in 2012 may provide a clue, Francigny said in the interview. "What we found this year is very intriguing," he said. "A grave of a child and it was covered by only a kind of circle, almost complete, of brick." It’s possible, he said, that when pyramid building came into fashion at Sedeinga it was combined with a local circle-building tradition called tumulus construction, resulting in pyramids with circles within them.

An offering for grandma?

The graves beside the pyramids had largely been plundered, possibly in antiquity, by the time archaeologists excavated them. Researchers did find skeletal remains and, in some cases, artifacts. 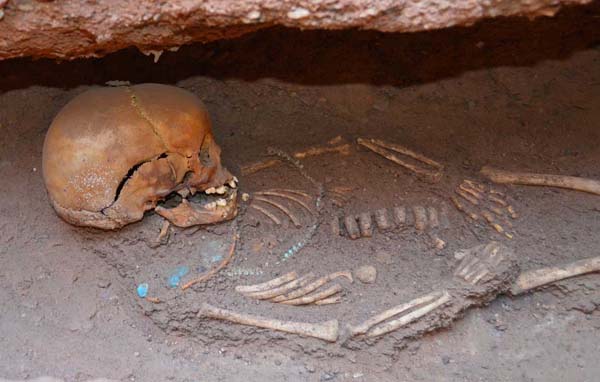 People were buried beside the pyramids in tomb chambers that often held more than one individual. This image shows a child who was buried with necklaces.
One of the most interesting new finds was an offering table found by the remains of a pyramid. . It appears to depict the goddess Isis and the jackal-headed god Anubis and includes an inscription, written in Meroitic language, dedicated to a woman named "Aba-la," which may be a nickname for "grandmother," Rilly writes. 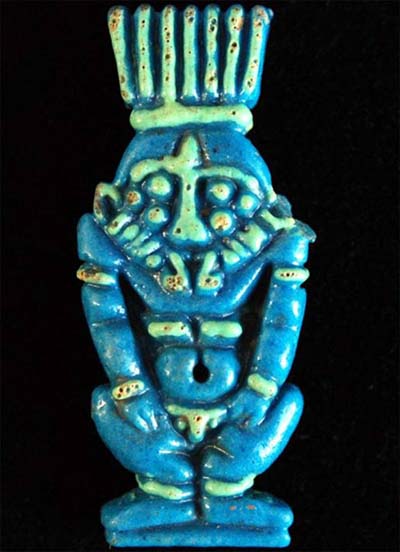 Another find from Sedeinga is this amulet of the god Bes made of glazed faience. Bes was a god often associated with children and pregnant mothers. 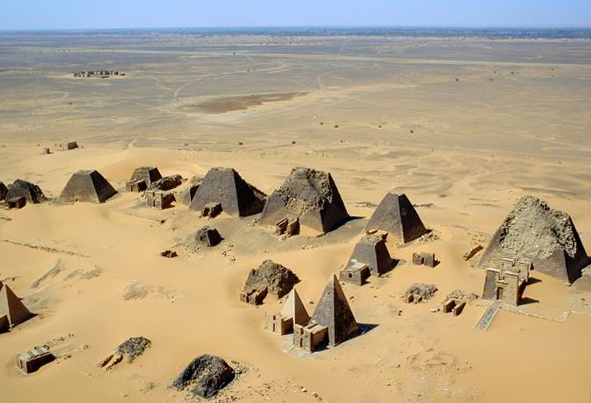