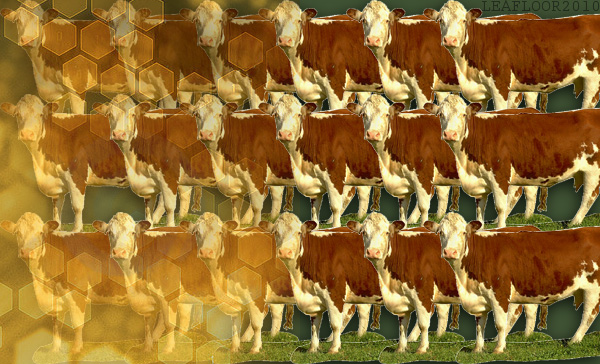 Meat from the offspring of a cloned cow was eaten in the UK last year, the Food Standards Agency has said.

As part of an inquiry into milk from a cow produced from a cloned parent, it identified two bulls born in the UK from embryos of a US cloned cow.

Both bulls were slaughtered but meat from one entered the food chain.

Studies suggest such milk or meat is no different nutritionally to that from normal animals but any suppliers would require approval under European law.

The FSA, which is the UK body responsible for the assessment of so-called novel foods produced by cloned animals and their offspring, said it had not been asked to consider any such cases.

Foodstuffs, including milk, produced from cloned animals must pass a safety evaluation and gain authorisation before they are marketed in Europe and there are moves afoot to bring in a ban across the EU.

In 2008, the Food and Drug Administration in the US said meat and milk from cloned animals was safe for human consumption.

American biotechnology companies are cloning animals that give high yields of milk and meat to use as breeding stock.

BBC science correspondent Pallab Ghosh said as the industry grows it will be difficult for food safety authorities to police the export of embryos from cloned animals to farmers in Europe.

’Ethical issue’
The FSA statement on its investigation into cloned animals comes after a British dairy farmer said he used milk from a cow produced from a cloned parent.

The FSA said "the agency has traced two bulls born in the UK from embryos harvested from a cloned cow in the US. Both of these bulls have been slaughtered.

"The first, Dundee Paratrooper, was born in December 2006 and was slaughtered in July 2009. Meat from this animal entered the food chain and will have been eaten.

"The second, Dundee Perfect, was born in March 2007 and was slaughtered on July 27 2010. Meat from this animal has been stopped from entering the food chain."

On Monday, UK dairy industry body DairyCo said it was "confident" no milk from the offspring of cloned animals has entered the human food chain.

Professor Hugh Pennington, an expert on food safety, of Aberdeen University, told the BBC there was "absolutely no evidence" that cloned products being produced were dangerous to eat, and any concerns were a "moral and ethical issue".

"People are concerned about playing God and that kind of thing... rather than producing products which are dangerous to eat.

"There’s absolutely no evidence for that, and I’ve got no expectation that any such evidence will ever emerge," he said.

In 2008, the European Food Safety Authority issued an opinion which said "no clear evidence" had emerged to suggest any food safety differences between food products from clones or their offspring compared to products from conventionally bred animals.

"But we must acknowledge that the evidence base, while growing and showing consistent findings, is still small," it added.

Last month MEPs voted in favour of a law that would ban cloned meat and other animal products in the European food supply.

The legislation faces a next stage of consideration in September before it could become EU law.