TSA Naked X-Ray Scanners To Be Used In Office Buildings

Feb 12, 2013 Source: infowars.com
TSA employees won’t be the only ones worrying about “cancer clusters” 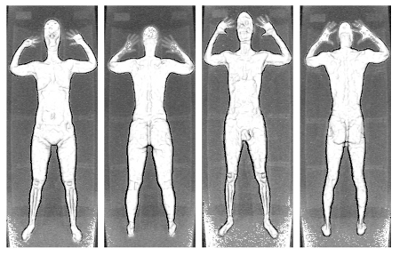 Government employees are set to be bombarded with radiation on a daily basis if a plan to move x-ray firing TSA body scanners into office buildings goes ahead.

When the TSA announced last month that it was ending its contract with Rapiscan, makers of the controversial backscatter x-ray body scanners, the mainstream media uniformly announced that the federal agency was “removing” the scanners from use altogether.

However, it was blatantly clear that this would never be the case. The TSA is already under strict scrutiny from Congress over the mothballing of £14 million worth of body scanners. All in all, the 250 backscatter scanners the agency now has are worth a combined total of $40 million.

The real reason the machines are starting to be removed from airports is because of allegations that Rapiscan manipulated operational tests on the machines, and the company was never able to develop the “stick man” software that masks naked images produced by the scanners.